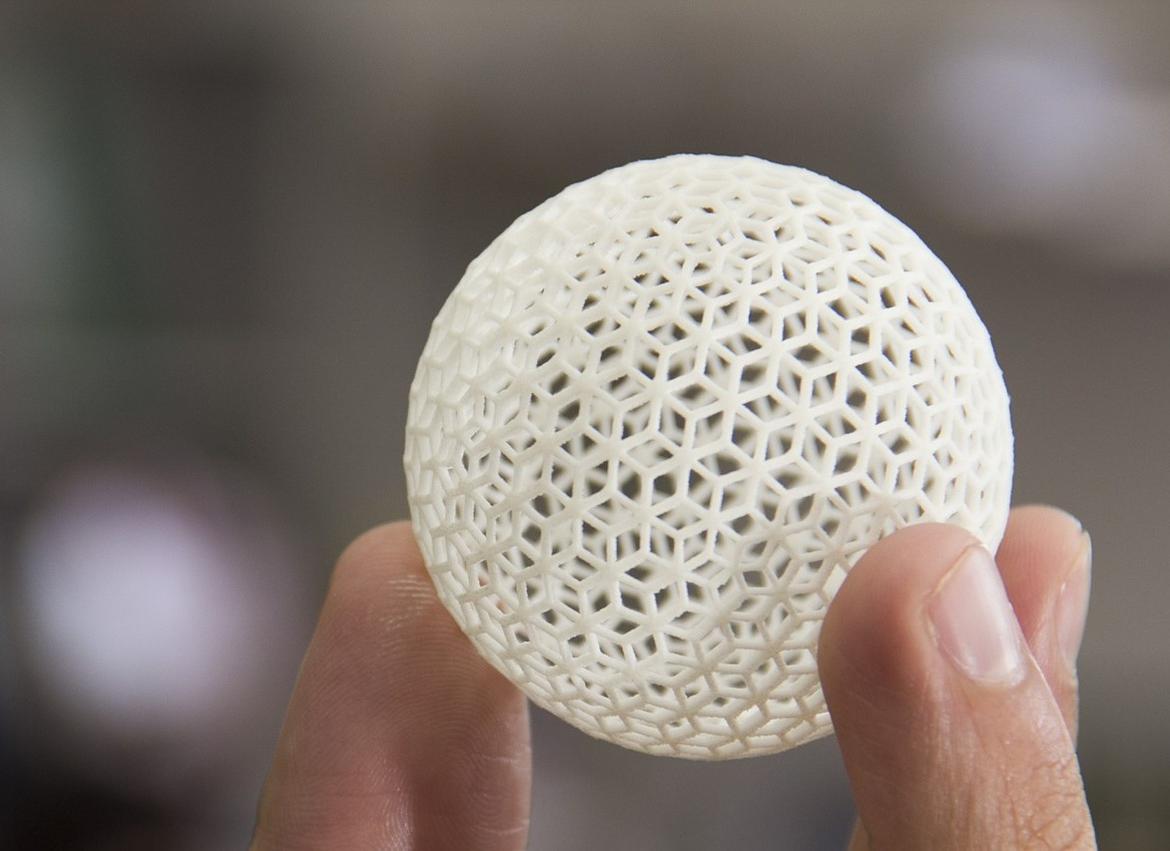 The future of the economy is coming and it is going to include a technological advancement that will have a larger social impact than previous phases.

Advancements in technology within print, audio, and video have revolutionized media.  These achievements made what was once controlled by financially established companies, common place and accessible for everyone.  The result is media is now firmly social.  Soon the rest of the market will be as well.

In the 60’s and 70’s you had the freedom movements, largely propelled by artists, calling for everything from freedom of love to freedom of goods. However instead of “turn on, tune in, and drop out” many of the artists ended up buying in to the physical media establishment, yet were left surprised and angered in the late 1990’s when technology out maneuvered the industry and allowed many consumers to print their own media, rather than pay the established industry labels and law firms.  The CD printer was king and fully realized the freedom movement the artists had preached on before.  Of course this had it’s negative effects for the artists.

The world is once again about to make a technological shift, however this one will create a much larger footprint of change in business models and economic disruption.  Before we get too far on what this is, I do want to note that it will not be all doom and gloom, but it will be a time for economic turbulence, caused by technological innovation at a larger scale than what we have experienced before.  We should be thinking ahead of this, and innovating towards solutions which will result in win wins, much like how the music industry eventually (and begrudgingly) came along with digital physical-less-ness media.

The change which is coming, is non other than the long overlooked 3D printing era.  Gone are the days of just copying data.  No, in the coming years we will be able to copy and print any physical good, basically circumnavigating intellectual properties and ownership laws.  The later can already be seen with the issues of citizens being able to print their own personal guns.  As this technology advances, it will outpace any gun laws that go into place, unless we are willing to infringe on a citizens ability to produce their own goods.

I think that the biggest example of a doomed business model is Lego.  Lego basically has IP over one product with numerous variations.  A plastic brick.  In a nutshell that is what lego, up to this date, can easily control.  Sure they have schema’s for Lego construction sets, but that is really just knowing which variations you need multiplied by quantity, and including an instruction manual, which I would bet is rarely actually followed.  I could be wrong on that last point, but either way, I think it is a small concession to the companies worth.

In a 3D printed economy, we have to start thinking about open source physical properties.  In the case of Lego, they need to be planning against the inevitability that someone will create an open source brick system, but instead of using a circular peg, they will use a hexagonal peg.  Worse yet is this new peg framework will not be centralized anywhere, but spread over schema’s shared on peer to peer networks, making it next to impossible to regulate brick variants even if they tried.  A first step to this revolution was just taken and marketed by Mattel in the form of their ThingMaker.  Adding further complexity to this model from the music industry is that lego sells a compiled product.  Music can be seen as being individual tracks that the consumer would not find value in being broken down and delivered in parts.  Lego however sells sets, that are compiled of bricks.  If we changed the structure of the brick, and then build up a set on the new brick that replicates the old set, how easy will it be to say that there is a case of IP infringement there?

In the 3D printed economy, users will have networks in which they compete to build open source schema’s.  It will be a creative output for some, and they will poor out industries worth of creative variants to consumer goods that can be found across all the isle’s of a Super Target.

This of course is going to get bigger than just plastic bricks, or even just the toy industry.  The 3D printing industry will most likely have ramifications that ripple through the consumer goods market almost over night.  Sites like Pinterest and Etsy will start offering schemas for products, so that individuals can start selling their own designs based on other readily available consumer goods.  As they are just selling designs, that don’t have any traditional costs built in, they can sell them for far less, in much more volume, and still make money.  We are basically taking the manufacturers out of the equation in many markets, and making product design and creation a social activity.

Just Print It… different manufacturer, but that won’t make much difference after the 3D revolution

Furthermore, if the manufacturer is taken out, we will experience multiple levels of impact on logistics.  We are now no longer just talking about reducing the impact of retail, but also the ability of our shipping infrastructure.  The logistics providers will have to deliver a lot more spam to your mailbox to make up in revenue loss.  We will certainly loose many of those automated truck driving jobs we are working so hard to build the automated car business on.

Regardless of if we have automated trucks and cars at this point are not, between the manufacturing plants, the mechanical engineers for those industrial machines, the logistics managers, the drivers, the packers and unloaders, the marketers creating product packaging, and the retail associates, we are going to see a lot less people needed in the future of the consumer economy post 3D printing, than we currently do.

The Challenges for the 3D Printer Economy

Of course printing time is one of the key factors stopping people from jumping on the 3D printed economy right now.  Average time to print is very slow.  However, as the history of technological advancements show us, this will only be a short term stop to the 3D printing revolution.  As the technologies to print faster become cheaper, much like CD burners did in the 2000’s, 3D printers will increase in speed and demand.

Right now, to be cost effective at all, 3D printers must be smaller for consumer products.  Like the speed variable, the size variable is probably something that will be reduced.  I say reduced here because historically if something is larger and produces more value, even if it gets cheaper, it will generally hold some value above the core offering. 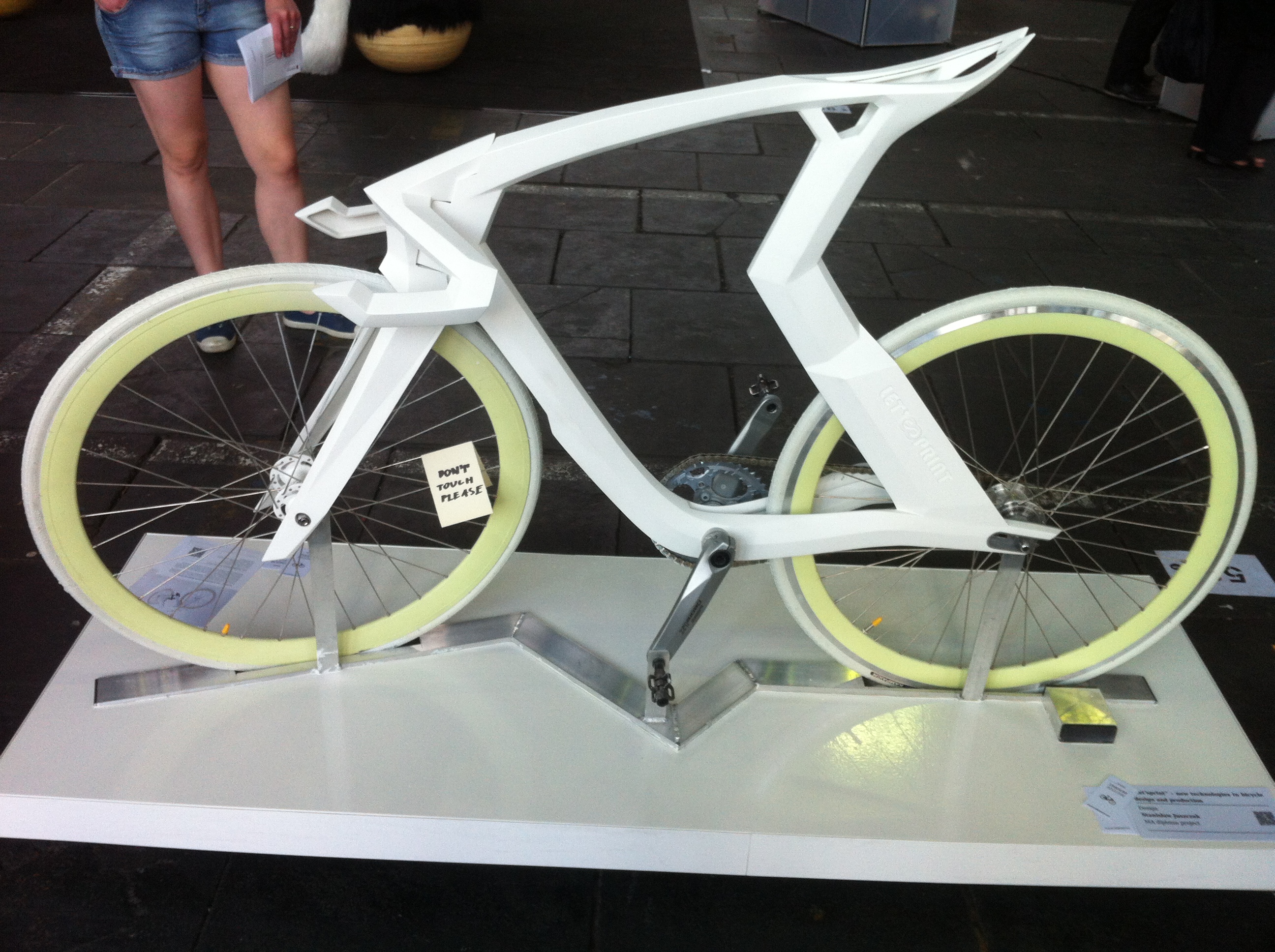 One way around this will be engineering items that have smaller pieces and can be configured into larger pieces.  With 3D printing, we have a lot more manufacturing capabilities than what have been provided in the past, in terms of part manufacturing and completion process.  Very large items that require one piece completion will likely remain viable in a 3D printed market.

This might sound far off, but will be a very temporary limitation in the greater scheme of things.  Scientists are already printing organs and body parts out of living organic cells, and while that technology is far from being consumer ready, getting printers that can handle multiple types of product goods is not.  We will shortly be living in a world where people are not only restricted to printing plastic goods in the comfort of their own homes, but also metals as well.  Silverware, rings, and all sorts of other metallic goods will be readily available in 3D printed form, shortly behind their plastic counterparts.

Restrictions On What You Can Print

The legal system has a horrible track record of keeping up with technological trends.  As the paradigm continues to shift, and technology continually benefits the consumer (at least in terms of production) it will become a vain attempt to regulate users and what they can obtain.  Earlier I referenced current gun regulations.  These regulations limit individuals from purchasing weapons.  How will we limit individuals from producing weapons?  If we limit their ability to certain schema types (in this case guns) based on medical histories, that information would have to be shared with sites providing those schemas.

Do we limit the ability for the sites to host certain schema’s?  That would require censoring parts of the internet.

Even if we did find a way to stop all of that, how would we keep individuals from creating their own schema’s and then producing their own products?  The 3D printed economy has many ramifications to come that are not just economic, and will make us rethink our relations to individuals, and their right to personal property, or or understanding of restricting people to protect others.

This is probably the most obvious challenge to the 3D printed economy that will be laughable to those looking back at it.  Cost is never a problem with technology.  It always gets better, cheaper, faster, the longer we progress as a society.  We would have to have an economic collapse, not a recession, or depression, but full on collapse to stop 3D printing from becoming an economic reality in the coming years.

The real challenge to 3D printing is not how it will success or be a sever market impacter.  The real challenge to the 3D Printing industry will be how businesses affected by the 3D printed economy survive?  How can businesses innovate ahead of time to lead the manufacturing revolution, and come out with positive ROI?  What will be the business model of many consumer goods providers in a post 3D printed market?  Is this even a challenge that can be solved?  I would say yes, but companies need to identify their level of vulnerability now, and start planning long term strategic advancements for proactively preparing for these market shifts.

Will the 3D printed economy affect your business?  Will it affect your career?  It is better to think through these things after reading this article than after these events occur.  The likelihood that the current economic model will shift drastically, after the 3D printed economy establishes itself, is most likely an inevitability.  Individuals like to have power over their products and the ability to create.  They will generally want things cheaper and with an easier way to access them.  The 3D printer allows for all of these variables to be met with a near impossibility in restricting it.  With the many historical precursors we have to this model of adoption, changes to the economy based on mass scale user adoption makes it more of a probability than a possibility.

If you have any further thoughts on this projection, or want to talk about how this technology will shift various business models, let’s start talking in the comments below. 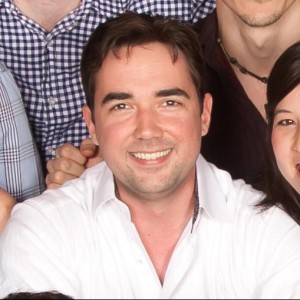 Kyle is an Organic Channel Growth Leader and SEO Expert within Credera, who in his 14-year career in eCommerce and digital marketing enablement has worked for some of the fastest growing and largest companies in North America. Kyle is a polymath, or someone who likes to learn a lot about a lot of different areas. He combines many different disciplines to explore new ways to approach challenges and solve problems.
5 1 vote
Article Rating
Subscribe
Login
0 Comments
Inline Feedbacks
View all comments